PROJECT OVERVIEW - As of Monday, Sept. 12, the Timpanogos Special Service District (TSSD) will be installing an additional sewer line along the south side of 7350 North between Lehi Center Street and Saratoga Road in Lehi and Saratoga Springs. This new line, the Westside Interceptor, will run parallel to the existing sewer line to accommodate growing service needs in the area. The public should expect both sides of 7350 North to be impacted by construction. Construction is anticipated to last through fall 2024.

For more information on this project or to contact the project manager go to the TSSD Project Page. 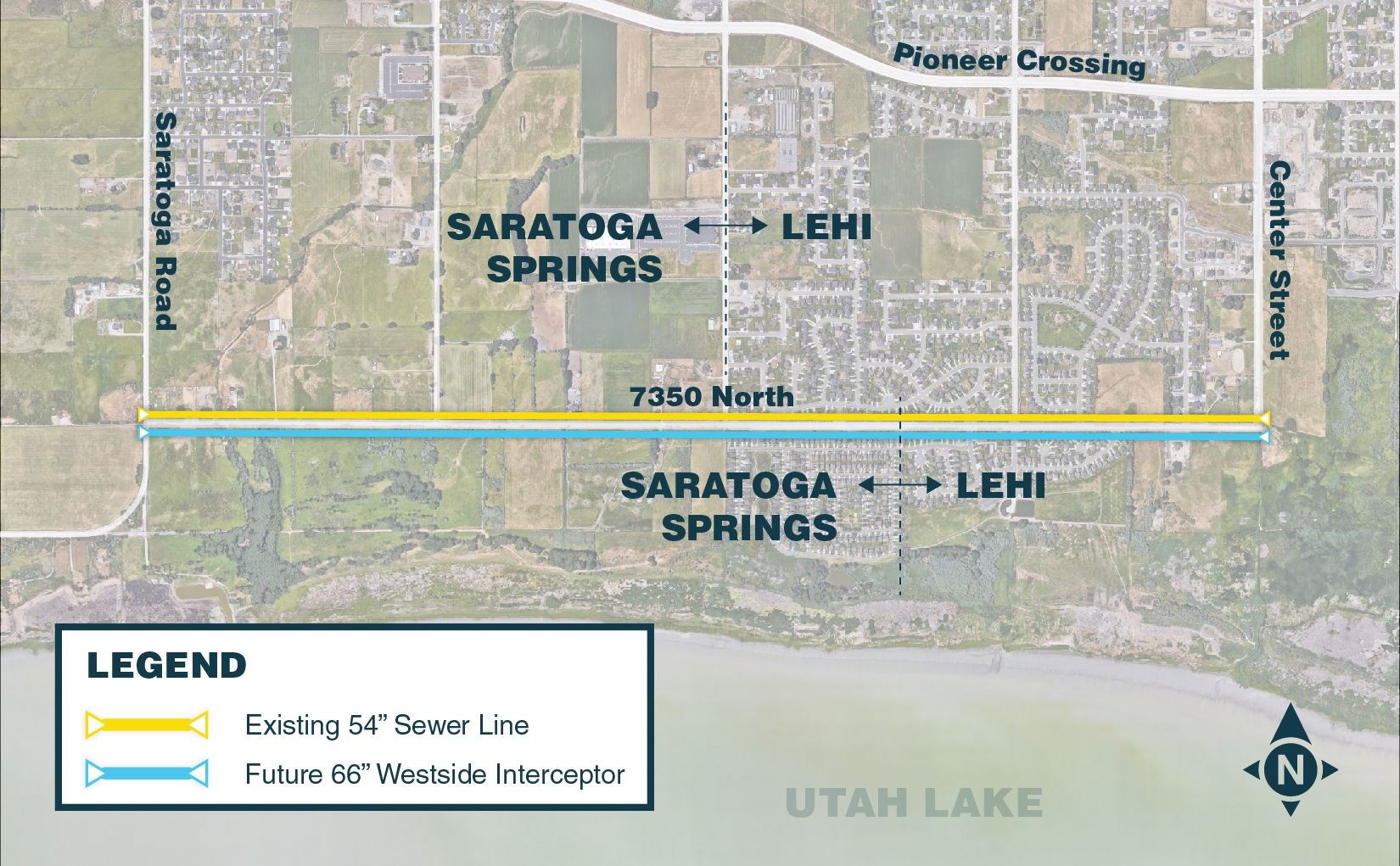 Construction of the South City Sewer Pipeline Project will run through May 2023. The project begins at Grandview Blvd and south to Ring Road.

Summary Facts About The Project

City Council has awarded the bid to build the Foothill Blvd expansion from Pony Express Parkway to Lariat Blvd. The project began in spring 2022 with an estimated completion fall 2023.

$350M has been programmed by UDOT at their STIP workshop last week to build MVC from 2100 north to Porter Rockwell starting in 2023 with a 2 year construction period and they are also funding the Environmental Impact Study or EIS on Foothill Boulevard a.k.a. Mountain View South